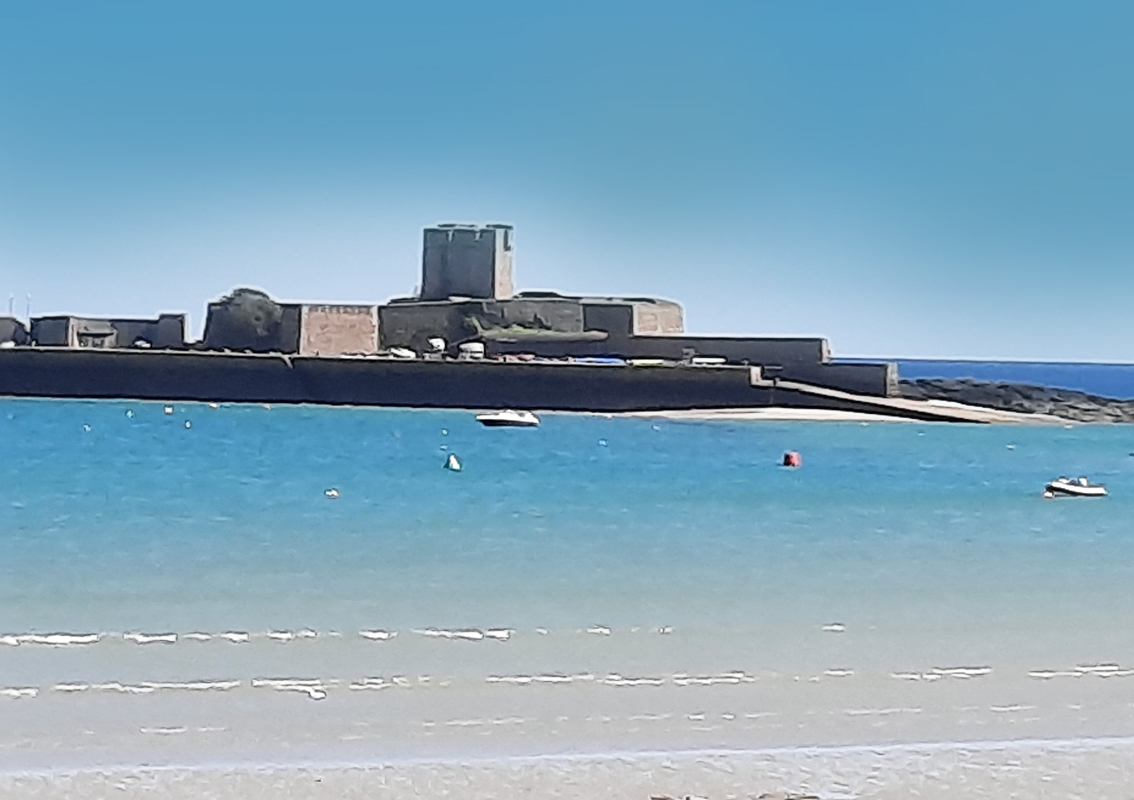 St Aubin’s Fort is situated on the south coast of Jersey on a small rocky islet in St Aubin’s Bay just outside St Aubin’s harbour.

In 1542 Sir Henry Cornish had a small tower built on St Aubin’s islet to house cannon, which could be used to defend the anchorage. At that time St Aubin was the primary port on Jersey and the fort controlled the entrance. It became a fort in 1643 during the English Civil War when a wall was built around it. During the 17th century the Civil War the Parliamentarians turned it into a stronger fortress, by building a bulwark on it, and when the Royalists regained possession they replaced this with granite ramparts and added a storey to the tower. The 18th century, and again in the 19th, the fort was rebuilt twice, but in peaceful Victorian times it was let as a summer residence. In the Second World War the Germans strengthened the fort with turret guns and concrete casemates.

The fort can be reached at low tide by a causeway that extends from the road in front of the Royal Channel Islands Yacht Club to the fort. It is an easy walk but as always in Jersey please be aware of the fast tides.

The fort itself is closed to the public. Jersey’s Sea Scouts use the fort as a headquarters, storing their sails and other equipment in a German bunker built into the fort and they have also converted a room in the tower into a classroom.

Visitors can also reach the St Aubin's via bus route 12 or 12a and 15 of the public bus service.