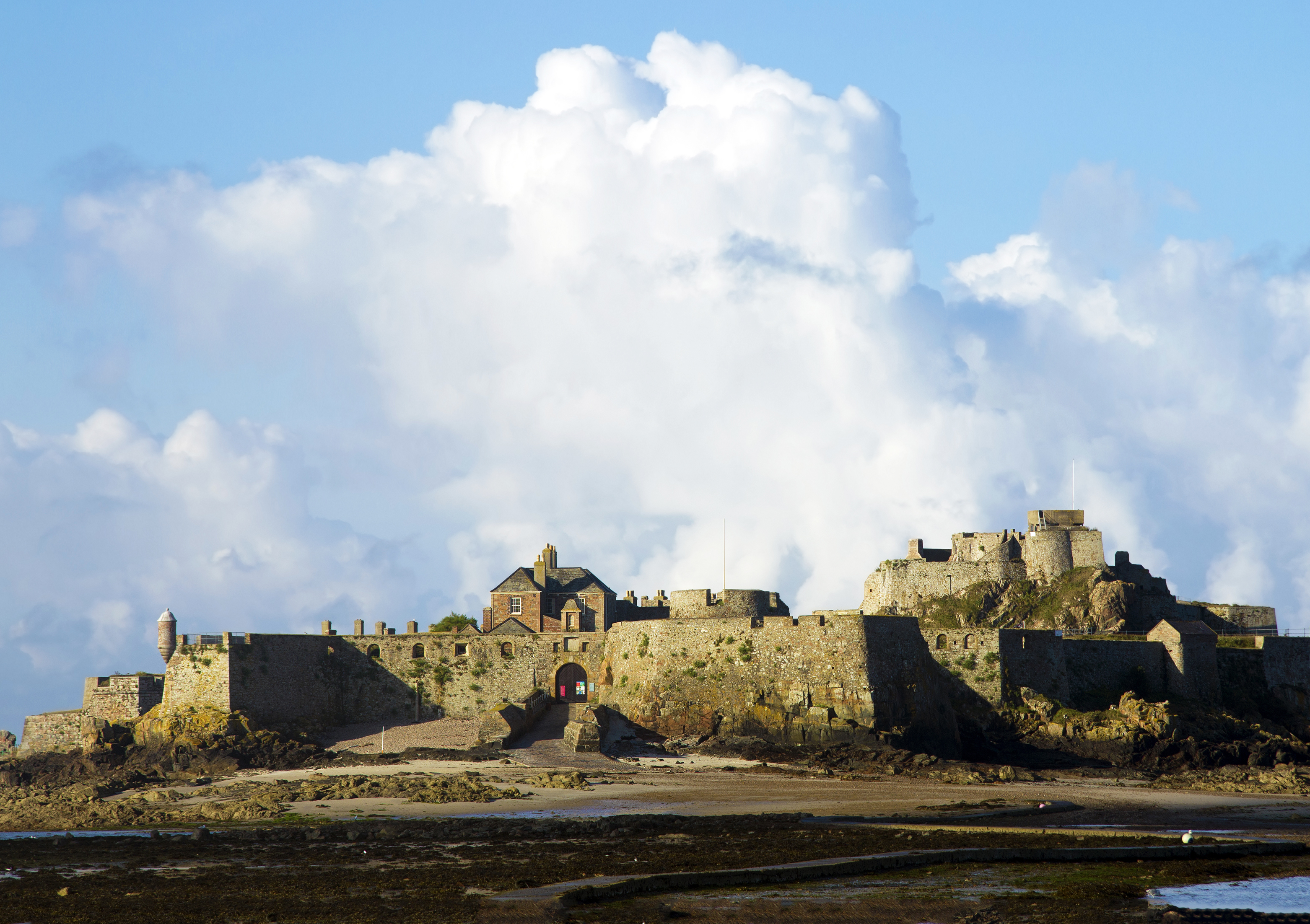 Elizabeth Castle is located in St Helier and proudly stands out on a rocky islet in St Aubin’s bay where for more than 300 years the castle has defended Jersey. Today it provides a glimpse into the past from as early as 550 A.D. through to World War II and the 20th century.

Exploring the castle among other things, you will be able to climb the battlements dating back to the 1590s when Sir Walter Raleigh was governor of Jersey, explore the grounds which gave refuge to King Charles II during the English Civil War and marvel at the hermitage where St Helier is thought to have lived around 550AD.

The Castle is home to turrets and bunkers which were re-fortified during the German occupation and features several exhibitions explaining many other aspects of Jersey’s fascinating history.

The causeway to Elizabeth Castle is around 1 km from the shore and at low tide is accessible by foot or by the castle ferry. Always take care if walking as due to Jersey’s tidal range the incoming tide comes in extremely fast so if unsure about the conditions, don’t take the risk!